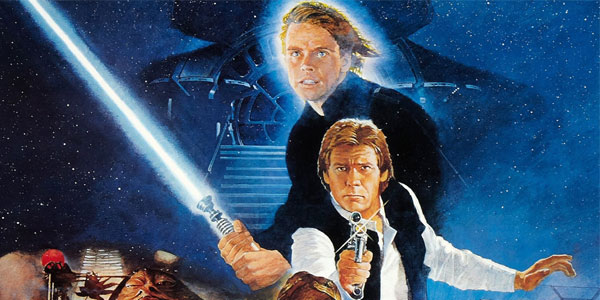 What George Lucas Originally Wanted Star Wars To Be About

n the last 40 years Star Wars has continued to be as big a deal today as it was when it premiered, if not even bigger. It’s an impressive feat to say the least. It’s also pretty impressive considering the simple ideas that George Lucas had when the whole thing began. He simply wanted to make a movie that young people could relate to.

The godfather of Star Wars, George Lucas was on hand last night for the premiere of The Force Awakens. While he’d already seen the film, and seems to have liked it, it had to be a fairly big deal, attending a Star Wars movie premiere for a film that he wasn’t involved in. He told The Hollywood Reporter that he’s still surprised at how big the franchise has become. The reason he thinks it’s become such a popular series, is because people understand the themes of dealing with adolescence, something everybody goes through.

It started out wanting to do a film for young people that had psychological undercurrents for people who were going through adolescence — everything from mythological themes to spiritual themes. In the end, I think that is the thing that resonated with people.

Much has been written about the mythological and spiritual themes of the original trilogy. The hero’s journey of Luke Skywalker mirrors that of many characters throughout history. The reason that so many follow similar paths is because it all comes down to those aspects of youth that we all have to deal with in one way or another. We all need to find our place in the world, and we all have some degree of trouble doing so. It’s simply that in Luke Skywalker’s case, his place in the world is a pretty important one, and his road to get there is full of an army of Stormtroopers.

George Lucas goes on to say that ultimately the films are about families, and how one generation has to deal with what the previous one left behind. While the story of The Force Awakens may not be the specific story that Lucas wanted to tell, it certainly seems like the new movie continues this aspect of the story. We certainly have young people dealing with repercussions of the events of the original trilogy. It’s not too great a leap to believe that the mystery surrounding the character of Luke Skywalker in the new movie is directly tied to the central conflict that Rey and Finn will need to deal with.

We’ll have to wait a couple more days to see how much these central themes of George Lucas have survived in The Force Awakens. While the movie certainly takes its cues from its predecessors, these are new people involved in creating the story. How much should the movie look to Lucas? How much should it be a new story from the new creators?