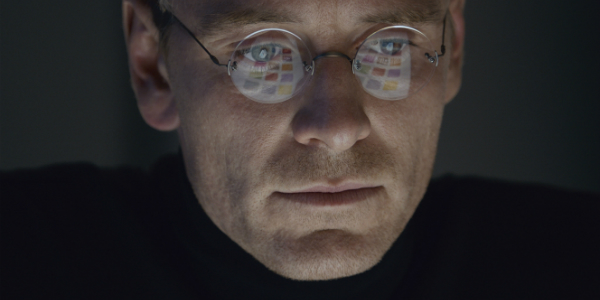 Steve Jobs Movie Is Being Sued For A Fishy Reason

October 30, 2015 by In Uncategorized No Comments

The new Aaron Sorkin-penned, and Michael Fassbender-fronted Steve Jobs biopic – aptly titled Steve Jobs – has encountered controversy at every stage of its existence. Resistance to the movie’s release has come from a variety of sources – most of whom were close to the source material, like Jobs’ widow, and current Apple CEO Tim Cook. However, now it seems that an unlikely plaintiff is now suing Steve Jobs: a photographer.

According to The Hollywood Reporter, the film has been served a lawsuit from Carl Roessler – a scuba diver and photographer by trade. During the film, Steve Jobs (Fassbender) and an employee have a heated exchange over a picture of a shark that should be projected on a screen during an Apple product launch. Despite the photos being nigh identical, and the employee having little ability to distinguish them, the exchange highlights Jobs’ almost pathological attention to minor details. The photo he eventually chooses is titled “Maddened Attack.” It was taken by Roessler and allegedly used by the film without permission.

Apple actually used the image during a 1998 product launch; however, the film shows events occurring drastically differently than they are alleged to have occurred in real life. Also, when Apple used the image in the late 1990s, they licensed the photo from Roessler, which is something the film did not do. The photo went on to become a landmark example of “fair use” law after Apple used it, when a version with slightly doctored teeth began popping up all over the internet. The “fair use” rule dictates that copyrighted material can be used by anyone without permission as long as that usage has a “transformative” effect on the original work – meaning it comments, criticizes, or provides parody, for example. So clearly, Steve Jobs represents the latest in a long line of legal troubles this photo has drawn Roessler into.

As a film that explores real events, this is not the only licensing issue that Steve Jobs has run into. Despite Apple’s initial refusal to allow the film to use their iconic “1984” advertisement, the filmmakers opted to incorporate it into the film anyway under the aforementioned “fair use” rule. No legal action has been taken by the tech giant yet, but it remains entirely possible that the results of Roessler’s case could spur further action from newly disgruntled sources. If you’ve seen the film, you can check out the “1984” ad out below for yourself.

Whether or not this case holds water – ocean pun – remains to be seen. It’s a unique situation seldom encountered by many filmmakers. One thing remains certain, amongst many individuals, Steve Jobs has certainly rocked the boat – second ocean pun.